Regular readers will know that at in part 3 of the Workaround ESXi CPU Unsupported Error series (Check them out), during my very limited testing I found that whilst my Dell R710 home server was booting and running ESXi 7.0 quite happily; with just the one exception…. No datastores.

In this post, I’ll try to address that. First off the standard disclaimer applies:

Also - whilst I’ve tested what follows in a VM,
I HAVE NOT YET TESTED WITH REAL HARDWARE!

After some research, I found this post on the VMware blogs site: What is the Impact of the VMKlinux Driver Stack Deprecation?
As you can guess from that title, from v7.0 onwards, ESXi will no longer support VMKlinux based drivers.

Hmm, OK. I kind of know the answer already, but lets see. My R710 is currently running ESXi 6.7U3, so lets run the suggested test:

Yeah, no surprises there. We did the testing the hard way anyway. It’s the H700 that’s using a VMKlinux driver.

We can confirm that by looking in the VMware Compatibility Guide (VCG): 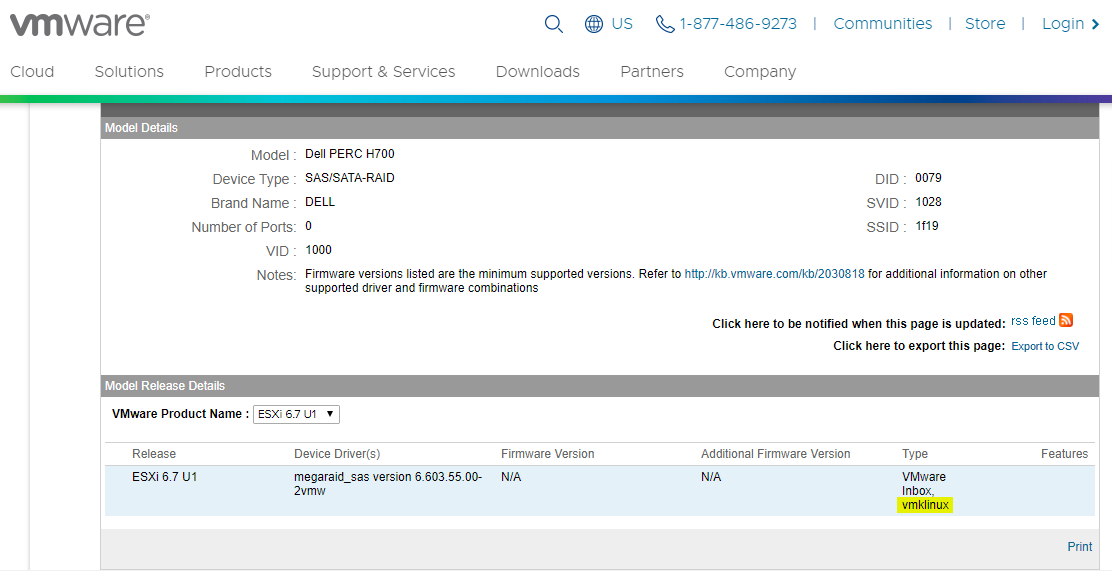 Time to do some reading…

According to Dell’s own documentation the PERC Technical Guidebook lists the H700 and H800 adapters as based on the LSI 2108 chipset: 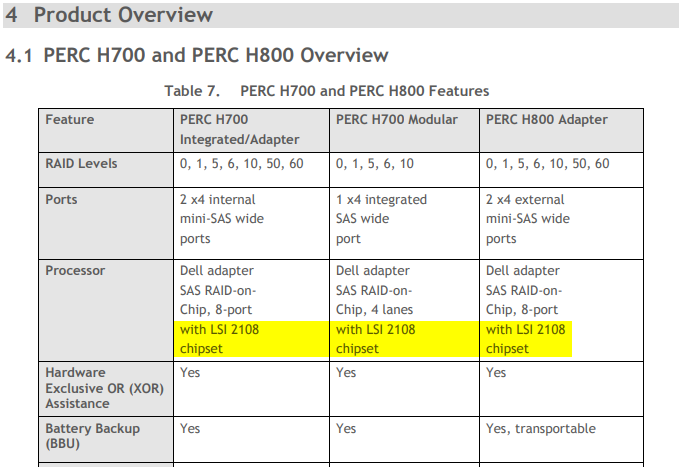 We know that LSI don’t just make chipsets for Dell. What other RAID controller cards use the LSI 2108 chipset?

…to name just a few.

I even found the LSI 2015 Product Guide that contains something like thirteen LSI 2108 chipset based cards if you fancy spending a couple of hours on VMware Compatibility Guide!!

Checking the VCG with the first five above, straight away I noticed something: 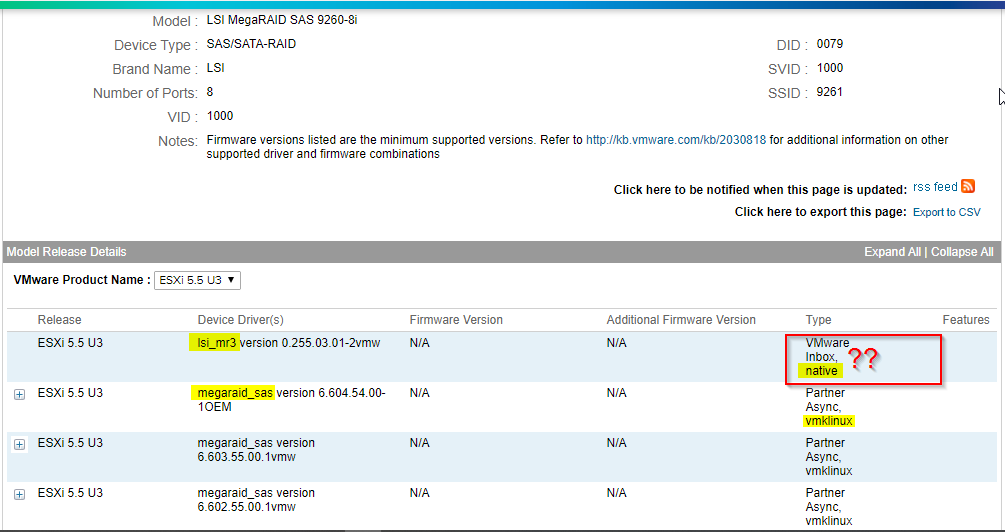 Wait, when did the VMKlinux Driver Stack Deprecation start? ESXi5.5!

Adding H700 Support Back to lsi_mr3

Many modern operating systems use PCI card hardware identifiers (aka PCI IDs) to identify and to ensure that the correct driver is loaded for the hardware present. Taking the H700 for example, we can see from the VMware VCG (after pulling all the entries together):

After lots and lots of reading, a bit more reading and a bit of testing in a VM, it looks like VMware drivers potentially reference PCI hardware IDs located in two files for each driver present in the O/S. These files are driver.map and driver.ids.

In this example we are using a datastore called “datastaore1” yours maybe named differently. I’ve possibly gone a bit overboard with the following instructions, but hey, better to much than to little.

Steps from above without comments (easier to read):

….aaaaand this is as far as I’ve got. As I said above, whilst I’ve confirmed my ESXi 7.0 install with the modified lsi_mr3 driver still boots in as a VM, I’ve not yet been able to test this on my R710 server. 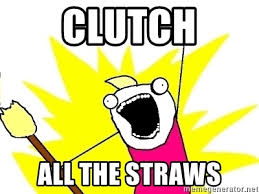 Am I confident that this will work?
Realistically,I’d give it about a 30% chance of working. After all, drivers change; functionality is added and removed all the time.

Whilst we are all in isolation thanks to COVID-19, what’s the harm in trying right? It’ll either work or it won’t!

Hopefully I can test soon.

In the meantime, if you fancy having a go at the above on your LSI 2108 based adapter, please be my guest. Just remember to use the PCIDs that match your hardware!