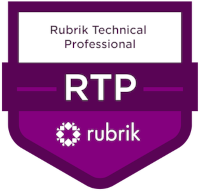 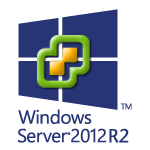 In case you missed it, have a read here to see what we did.

Now it’s time use our WDS server to deploy something other than (boring old) Windows. Yep, lets start pushing WDS to do something else.

First off we need to extend the boot mechanism used by the WDS clients as the standard Microsoft boot image is only really any good for deploying Windows. We do this by replacing the standard Windows PXE boot image with a PXElinux boot image. PXElinux is a lightweight bootloader for network booting. It is closely related to Syslinux used for standard filesystem booting (hard drives, floppies etc) and Isolinux used for booting from CD’s, DVD’s etc.

From the zip we need the following four files:

Extract them into a temporary folder for ease:

Then copy the four files into our remote install boot folders, here: 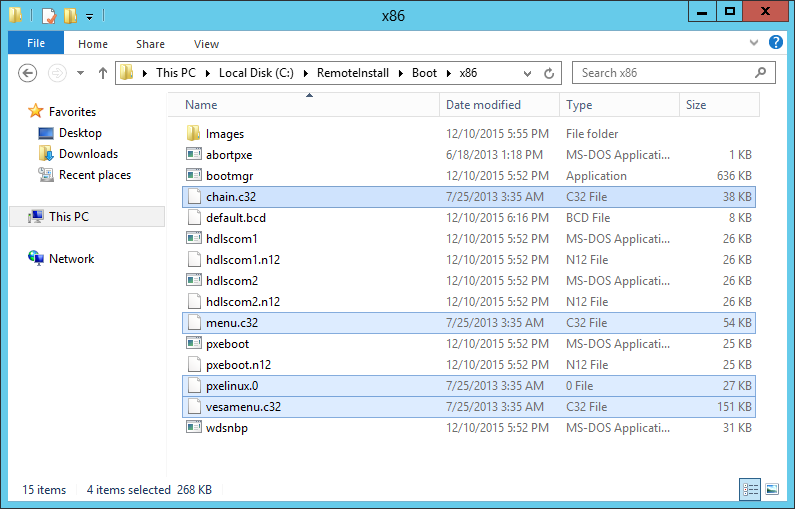 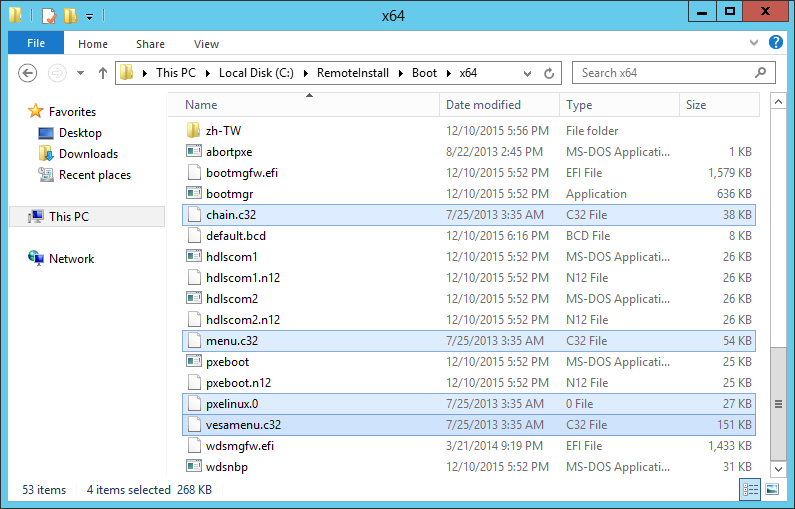 Rename the Microsoft pxeboot.n12 files to pxeboot.0 to allow them to be called from PXElinux:

Within each pxelinux.cfg folder, create a file called default with no extension: 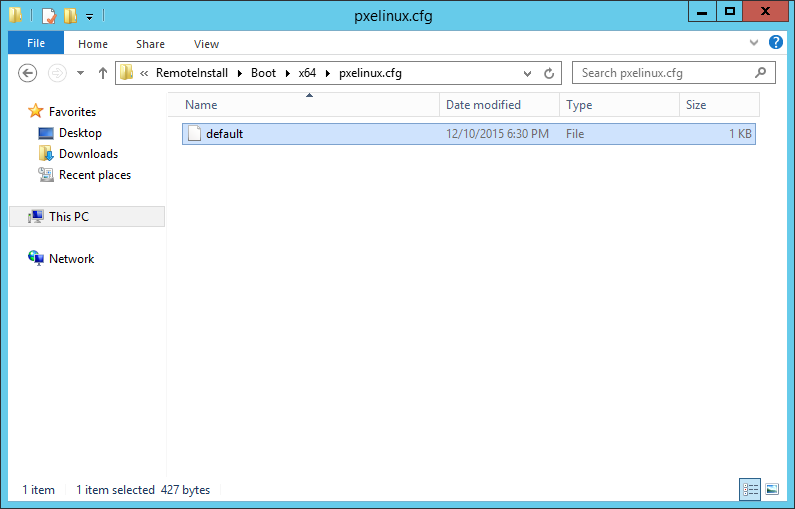 These default files will be the menu files seen when the WDS clients boot. We have separate menus for x64 and x86 bootable clients.

Paste the following text into the C:\RemoteInstall\Boot\x86\pxelinux.cfg\default menu file:

Paste the following text into the C:\RemoteInstall\Boot\x64\pxelinux.cfg\default menu file:

Run an administrative command prompt and paste in the following commands to tell WDS server to use the syslinux provided pxelinux.0 files for client booting: 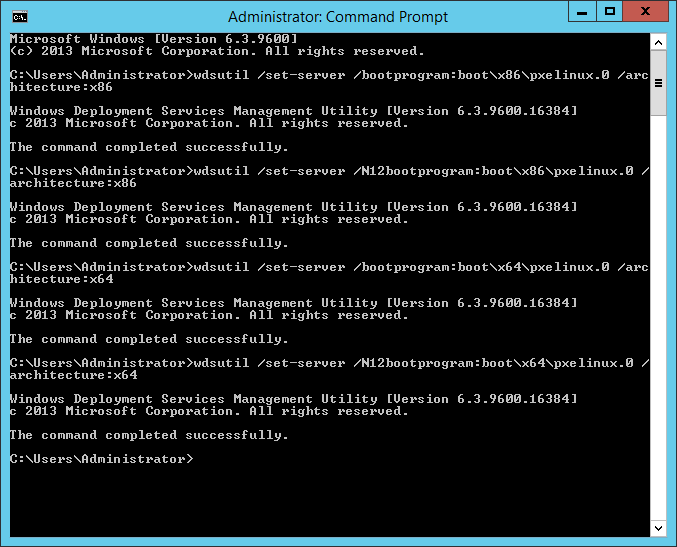 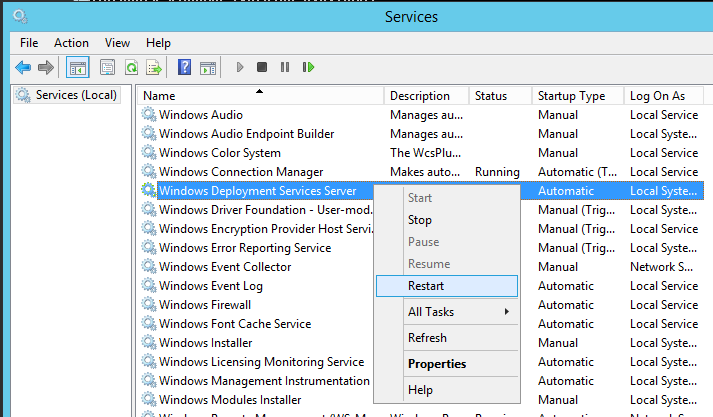 Before we move onto ESXi, lets check that WDS is pushing PXElinux and that our clients can still run WDS installs.

Upon PXE booting a client you should see the following menu appear: 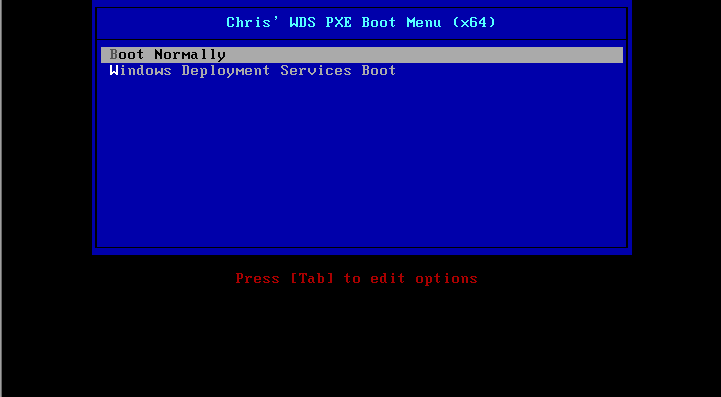 Selecting Boot Normally should quit the menu and allow the client to boot from internal disk(s) whilst selecting Windows Deployment Services Boot should tell the client to carry on with a WDS boot and Windows install, same as before.

As I’m intending to deploy ESXi v5.5 Update 3b installs via my WDS server, my folder structure will be:

Extract your ESXi iso file to your chosen folder: 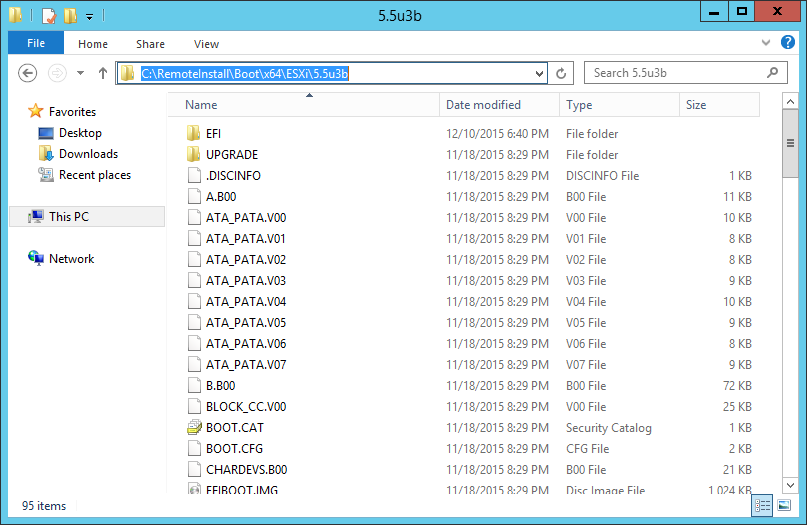 Once extraction has completed, open the BOOT.CFG file from your ESXi folder with notepad.

We need to append our boot path to all the files listed in this file. This path needs to match the path of our ESXi files.

I’m lazy, so I just CTRL-H (find and replace), complete the two boxes and hit Replace All: 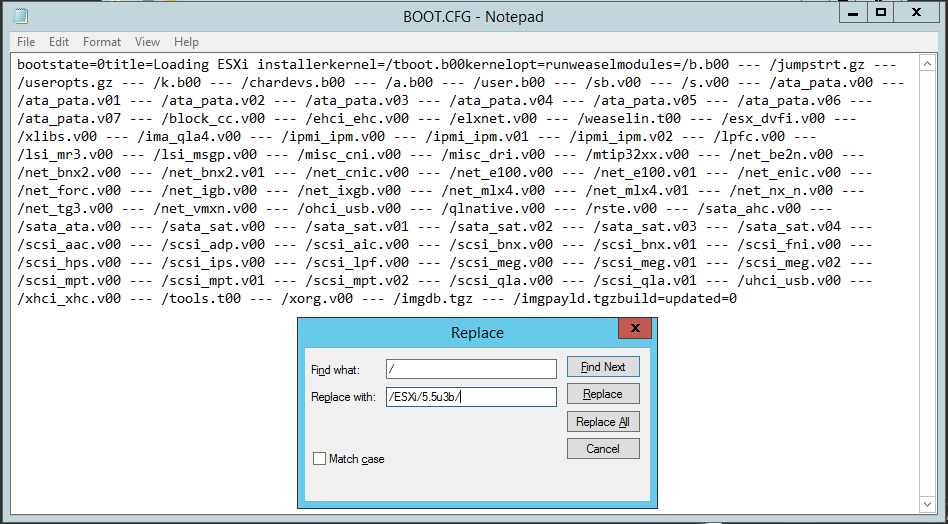 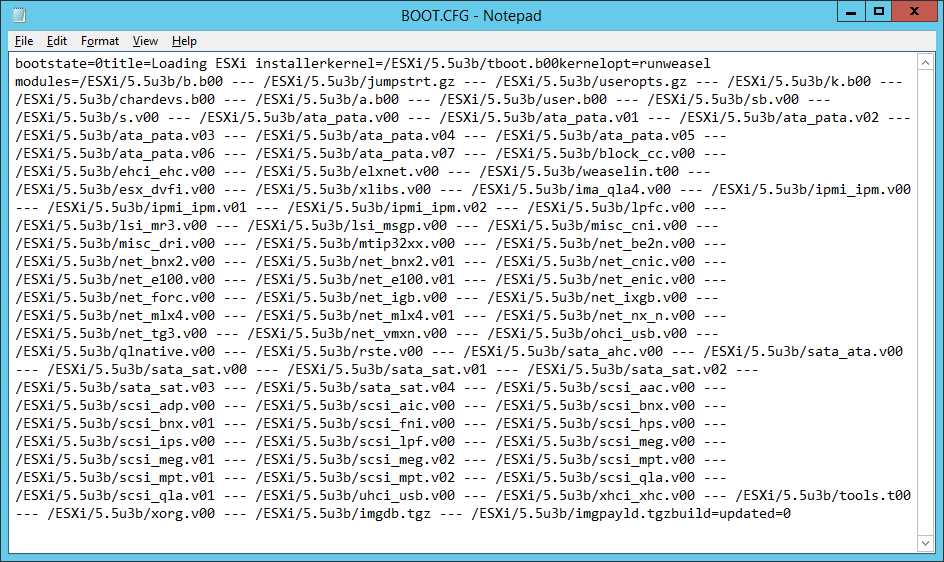 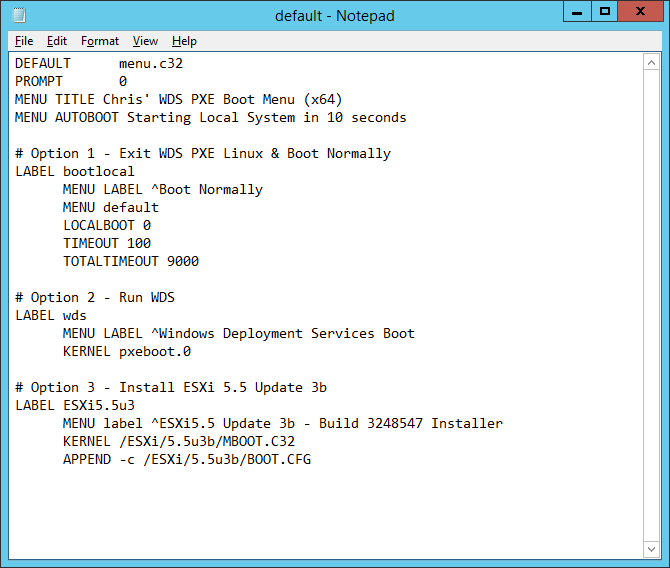 So then… Lets do this!

Boot my client and select the ESXi install option: 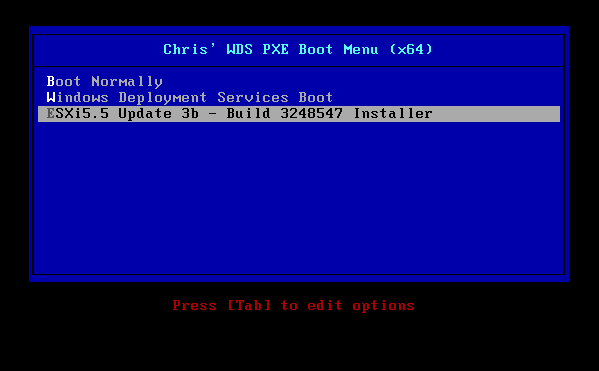 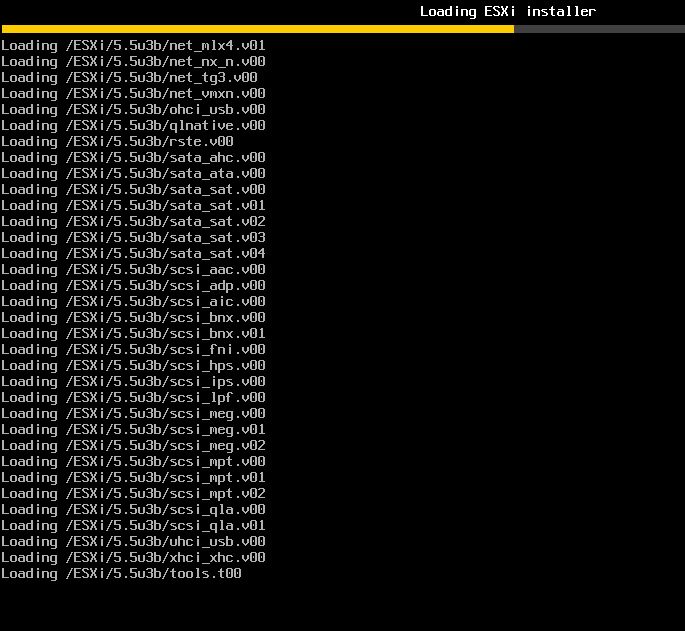 ….answer some questions….let the installer complete…. 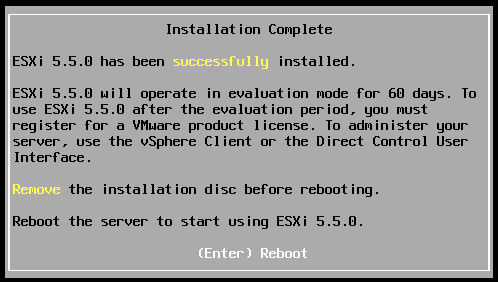 So there we have it - Windows Deployment Services server deploying VMware ESXi.