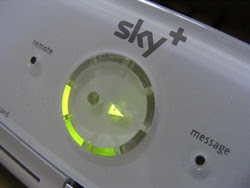 Sky+ receiver sounding like it's about to take off?  Don't remember parking that F1-11 in the lounge?

OK this has happened to me a couple of times now, usually just after a power cycle of the box.  Symptoms are that the fan in the rear of the unit comes on at full speed an remains at full speed even when the Sky+ box is put into standby.

Here's the fix that has worked for me on all occasions on my stock (stock as in non-modified) non-HD Sky+ box.  Your mileage may vary, but it's worth a try.

In all cases for me, a "Sky+ Planner Rebuild" from the installer menu has fixed the noisy fan.  Here's the method.

***Standard "do this at your own risk" disclaimers apply*** 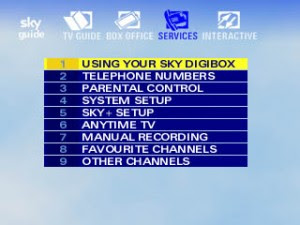 Enter System Set Up, by pressing 4 on the remote.  The following screen appears: 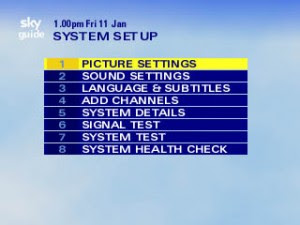 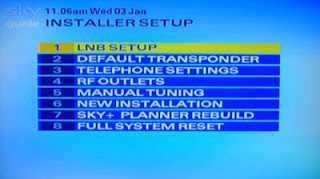 Press 7 to start a Sky+ Planner Rebuild.  The following dialogue will appear:

Press Select to start the rebuild.

This may take a while (10+ minutes), or almost instantly reboot your Sky+ box.  During the rebuild, the system is performing a tidy exercise on the Sky+ hard disk, which is a little bit like a PC de-fragment.  It's impossible to guestimate how long this will take as fragmentation on every system will be different.  Some have also found that this exercise has recovered some disk space.

Once the box reboots, you should be greeted by the sound of silence once again.  Ahhhh....!

But why does this work?

As I say, this fix that has worked for me on all occasions I've had fan noise issues, I'm running a standard 160Gb Hard Disk my so I've not needed a fan controller.  Again, your mileage may vary, but it's worth a try.