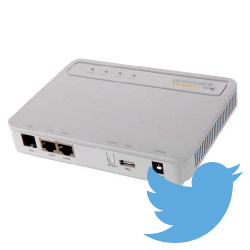 Just under a year ago now I was fortunate enough to be able to upgrade from ADSL to FTTC (Fibre To The Cabinet) VDSL broadband.

Overnight my internet connection jumped from around 4Mb/s to over 60Mb/s!

And for just under 12 months, all was good.

Just recently however, I had an issue with water ingress on my line and it became necessary once again to keep an eye on my broadband stats.  But surely we can do something a bit more “web 2.0” than just running an app on a desktop / server somewhere.  Apps are all well and good, but it does require a level of effort to login and check the output of the monitoring app.

Wouldn’t it be good if I just received the basics via a push notification to me on my phone wherever I am?

I personally use twitter for all sorts of notifications; blog posts, traffic incidents, etc.  So that I get notifications, I use a second private twitter account and suffix all my tweets @chall32 so that my phone twitter client picks up on the notifications and make the appropriate noises, buzzes etc.

Team this with the native python twitter client https://pypi.python.org/pypi/twitter (because it’s soo much easier to use than coding your own twitter o-auth stuff in Powershell) and job done.  Here’s how.

I now (I didn’t before - but thats a different story for another day) run a Huawei HG612 Modem on my VDSL broadband connection.  I’ve loaded custom firmware on it as detailed on the brilliant Kitz Wiki: Huawei HG612 FTTC Modem & Line Stats

My modem requires a couple of telnet commands to offer me up it’s line stats: 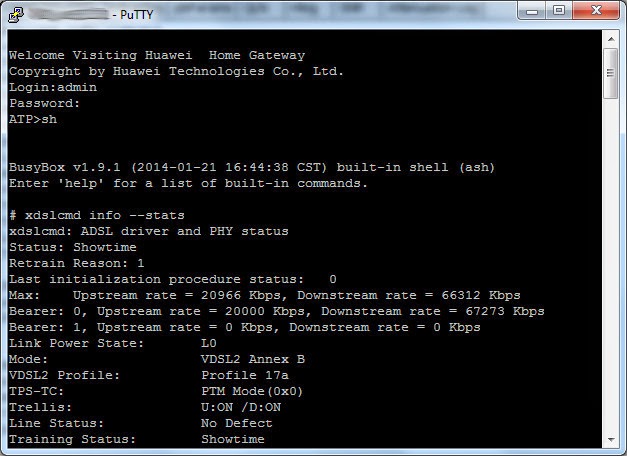 So that’s sh (to open busybox) and xdslcmd info --stats to get the goods.

Dead simple. I just copied one of Martin’s examples. My command ended up looking like this:

Breaking this command down, the command logs onto my modem at IP address 192.168.0.1 (yours will probably be at at a different IP address) using admin and password for credentials.  It then issues the commands sh and xdslcmd info --stats to the modem, saves the output of the whole telnet session to a textfile C:\out.txt after waiting for 1500 milliseconds, closing the telnet session and continuing with the rest of the script.

This is the tricky part.  As we are going to be notifying via twitter, we just want the salient points in our tweet - we have no need for the other gumph.

My modem returns the up and down link speed stats in this format:

So I use this command to get my download speed:

Here I’m searching the text file C:\out.txt for "Bearer: 0, Upstream rate =", once I find that line of text, I then splitting the text up into chunks using = and , as delimiters.  From there I grab the fourth chunk of text (text chunks start at 0) which is 67273 Kbps and save it to the variable $dnspeed.

I repeat that for upload speed, but select text chunk 2 instead:

For link time, handily my modem gives me this via the same command:

That’ll do. I’ll just grab that time out of that using:

Split the line of text on = and grab the second chunk of text, chunk 1.
Finally, pull everything into one variable, called $tweet:

Rather than coding something in Powershell to handle twitter o-auth authentication and sending of tweets, I cheat and use the ready made twitter command line executable available here: https://pypi.python.org/pypi/twitter
The Steps to enable tweeting from the command line (and hence Powershell) are as follows:

To tweet from powershell, we just use Invoke-Command as follows:

Finally save the script and schedule via windows task scheduler: 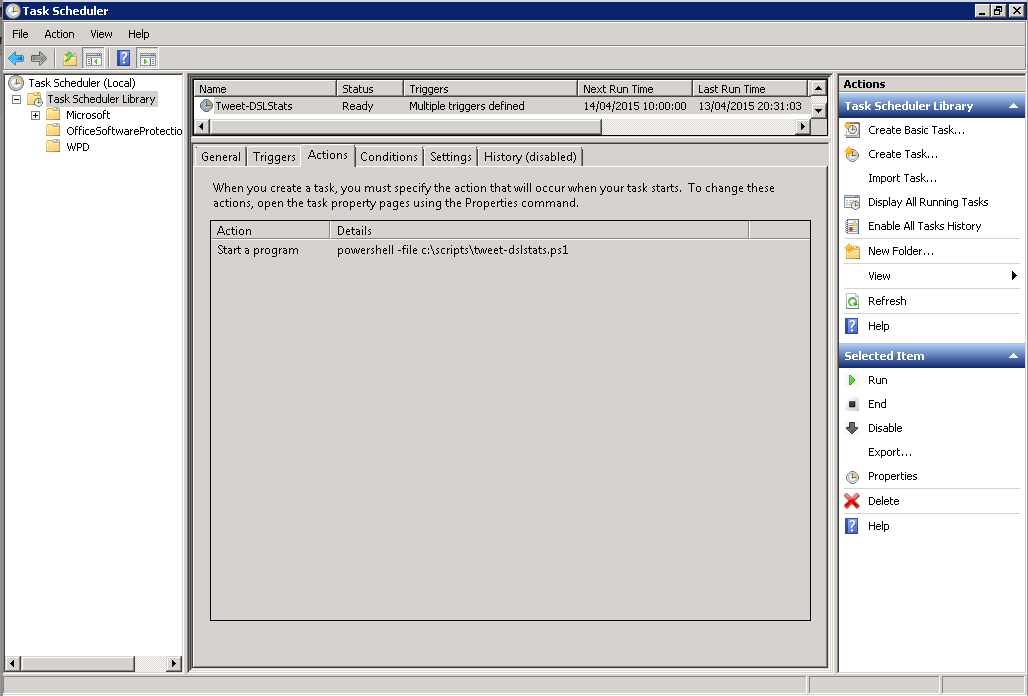 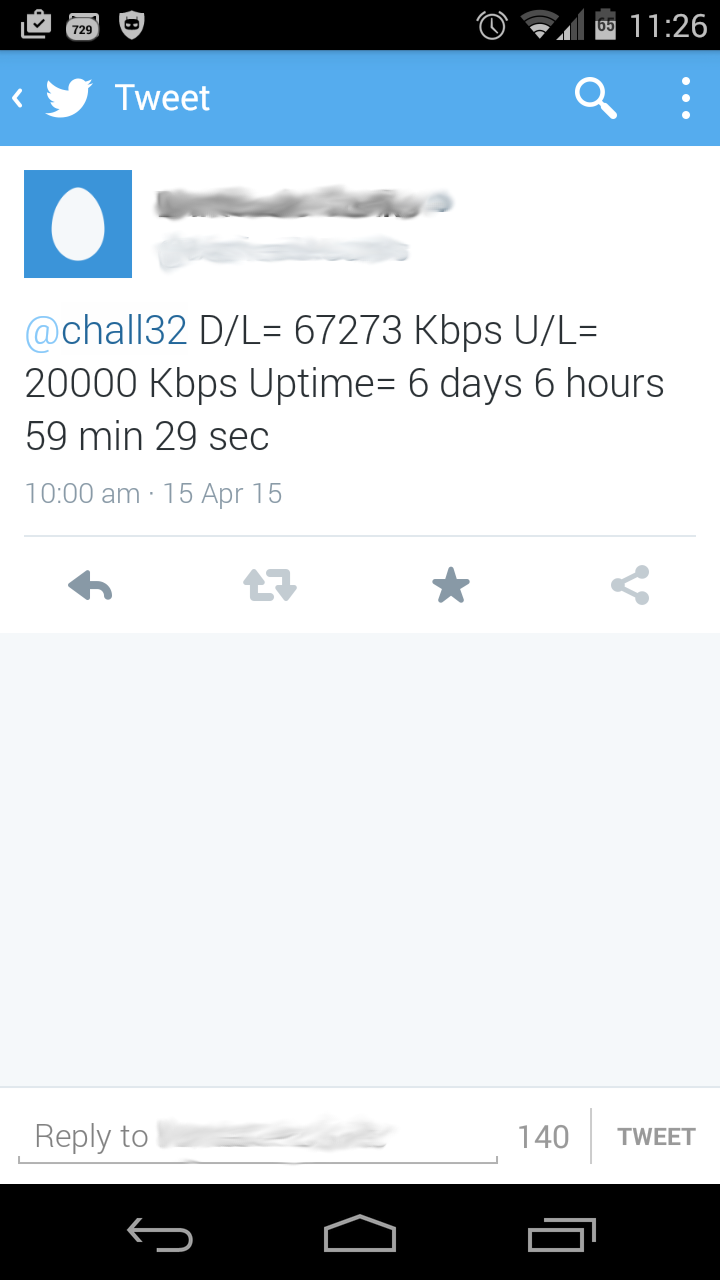 For a full copy of the script, head on over to https://github.com/chall32/Tweet-DSLStats