Whats wrong with this picture? 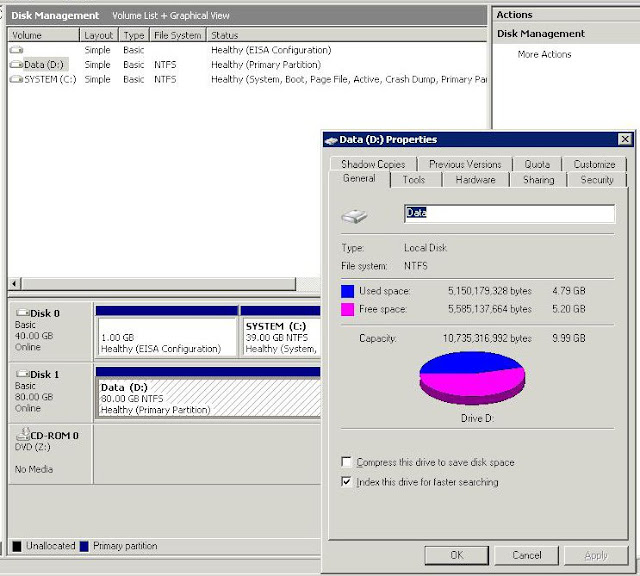 Yes, that's right.  The Data (D:) Properties dialogue does not tie up with the details shown in Disk Management.  Disk Management shows the partition as 80GB where as the properties show it as only 10GB in capacity.

Ohh that's clever, how did you do that!?  ...well actually it isn't, but luckily enough for us dear reader, it's easy to fix.

How did I got into this predicament?  Simple: 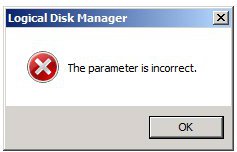 So, why? and - perhaps more importantly - what's this simple fix?

Why?  After some extensive Microsoft knowledge base bashing, I found this article:

KB832316 - The partition size is extended, but the file system remains the original size
when you extend an NTFS volume
The stated cause being "This problem occurs because the NTFS driver exhausts its resources when it tries to extend the volume."

The KB also details how to fix.  But I'll include the four step fix that worked for me here too: 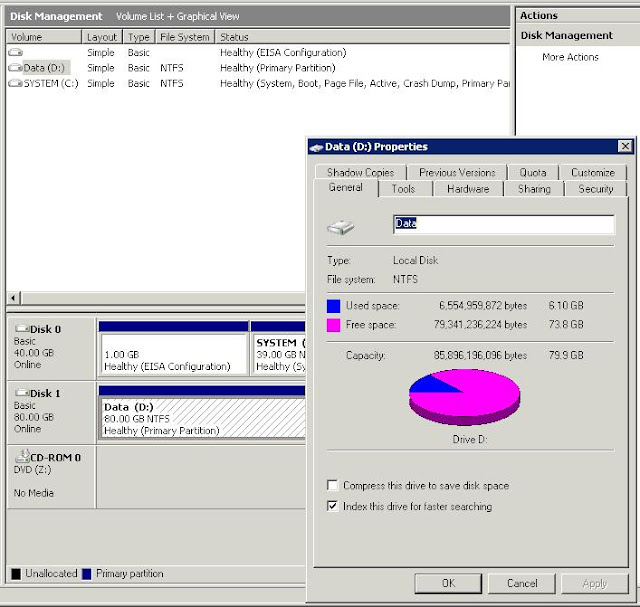