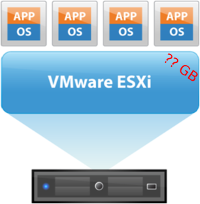 What is an “in house load”?
Well first off, it’s got nothing to do with this guy: 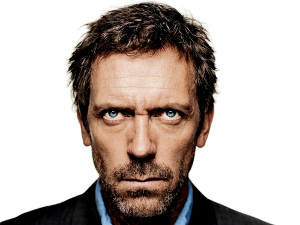 By way of an explanation:

3.0 HOUSE LOAD OPERATION
A unit will be in house load operation when it is disconnected from the grid and feeding the power for its own auxiliaries.
From Power Plant Instrumentation and Control Handbook

So extrapolating this out for VMware ESXi Server and memory; how much memory does ESXi use for itself?

Unfortunately VMware don’t seem to publish any figures for this value for the currently supported versions of ESXi available. This is more than likely because it is very much a hardware dependant figure. That is depending on the hardware make up of a physical server and hence the hardware drivers needed to run that hardware server “X” may consume more system memory than server “Y” running with a different hardware make up. Also, memory loading may change depending on the options you choose to run at ESXi level; for example iSCSI, NFS, etc.

So this is the predicament I find myself in.

I have a stand-alone ESXi instance in the CH-DatacentreTM Lab that has 6GB of memory fitted:

As you can see, spongebob (yes my home lab naming scheme comes from a certain cartoon) is quite happy running with just over 512MB memory free. However that’s running ESXi 5.1… and ESXi 5.1 goes end of general support on 24 August 2016.

Sure, I could just purchase some more memory and be done with it…. Oh if it was that easy. You see the slightly elderly system board I have running ESXi seems to be rather fussy when it comes to memory DIMMs it will support. I would rather not spend hours down the rabbit hole of looking for supported DIMMs that will/will not work for potentially no reason. Surely newer versions of ESXi wont use that much more memory will they?

To get a level playing field, I configured a VMware Workstion 11 virtual machine with the following hardware make up: 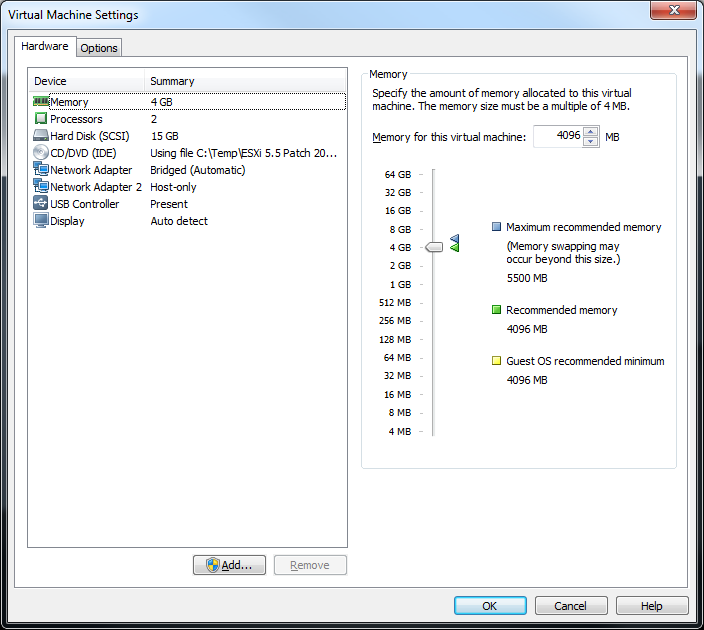 4GB RAM, 2 CPU’s, 15GB HDD, 2 NICs and thats about it. Remember we are not interested in running VMs inside the test ESXi installs here. The test ESXi installs were installed via .iso image, rebooted and had their IP addresses set by DHCP. No further ESXi configuration was made to them.

Sure this is probably a sketchy way of testing, and not particularly indicative of a real world example. However what we are looking for here are the differences in memory load in each version of ESXi across as level playing field as possible. Therefore our hardware config doesnt matter as long as it remains exactly the same across each test instance.

Again, to try and get a level playing field, I’ve used the very latest builds of ESXi available at the time of writing. These are:

When it comes to matching VMware build numbers to patches/updates and release dates, VMware KB1014508 is invaluable!

Using the above test rig and after letting the v5.1 ESXi install settle for 5 minutes, the following can be seen:

Using the above test rig and after letting the v5.5 ESXi install settle for 5 minutes, the following can be seen:

Using the above test rig and after letting the v6.0 ESXi install settle for 5 minutes, the following can be seen:

Putting the above findings into a table, the following can be seen:

So what conclusions can we draw from this testing?

Sure this testing was probably a bit sketchy and not all that indicative of ESXi running on actual hardware, but it is what it is and it is better than nothing at all.

As for my dilema of trying to upgrade yet not eat into too much of my current 512MB free memory, I think I’ll upgrade my ESXi to v5.5 :o)