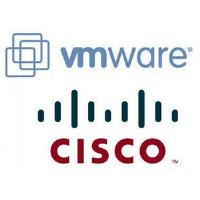 Having scoured the internet and drawing a blank when looking  for a simple process to follow when adding a VLAN and subsequent VMware VM access port group and to a Cisco Nexus 1000v switch, I ended up stitching together the Cisco commands after reading lots and lots of Cisco Nexus configuration guides.

In this post I present to you the configuration commands I use when adding an additional VLAN to a Nexus 1000v switch.

Well if you have a spare 5 minutes and 17 seconds, have a watch of the following:


If not, put simply a Nexus 1000v replaces / augments a standard VMware distributed switch as shown below: 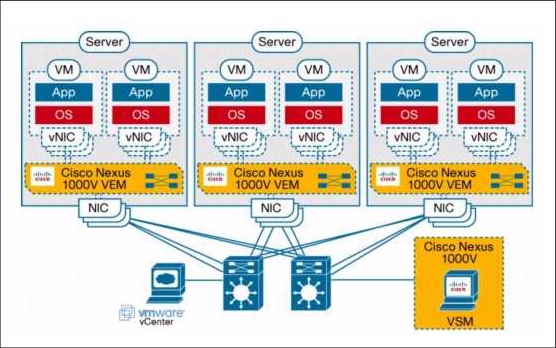 A single Nexus 1000v consists of a minimum of 2 modules:

Have a read of Kendrick Coleman's excellent guide here: Standing Up The Cisco Nexus 1000v In Less Than 10 Minutes

Of course, if you were setting your Nexus 1000v from scratch, you would know which VLANs to add 'right off the bat', so would have no need to add additional VLANs.

However as we all know change happens.

Yes, I'm not a network administrator, however these commands work for me.  They should work for you too.

Create a VLAN and name it correctly:

First step is to create a VLAN and give it a name.  I like to name my VLANs in line with their VMware port group name.  Here I'm creating VLAN 456 and calling it "VM_Prod_VL456":

Final step is to allow the newly crated VLAN 456 access to the rest of the network via the ESXi physical network cards.  Sometimes referred to as the Nexus 1000v trunk ports.  In my example, these ports are called  "SYSTEM-UPLINK".  I'm also going to save my configuration via "copy run start":

Job done.  Time to start creating some VM's and hooking them into my newly created "VM_Prod_VL456" port group.