So you want to access the consoles of your VMware virtual machines, yet your chosen administration client is running Linux?

Here is how is how to access your VMware VM consoles from a Linux client using the VMware Remote Console Plug-in application, and how to create a launcher so the application runs happily, even under Gnome 3.

You should be presented with the following (after accepting any security prompts): 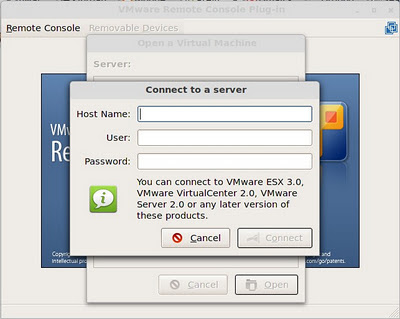 Enter the details of your VMware ESX / ESXi server  and hit connect. 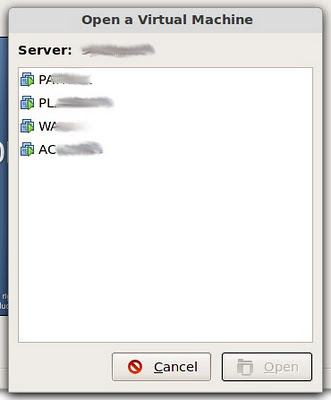 Pick a VM and go for it: 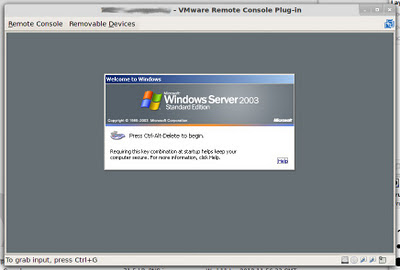 Grab your own install
Alternatively if you do have access to a Virtual Center server, you can grab the file from "C:\Program Files\VMware\Infrastructure\tomcat\webapps\ui\plugin" Also available in this folder are 64bit Linux and Windows versions of the remote client.

The file linked to in the process above is a v3.0.0 build-418557 client with the extension renamed from .xpi to .zip to stop Firefox trying to install rather than download.  As .xpi files are .zip files in disguise, the process above will remain the same.

If you don't have access to a Virtual Center server and you don't want to use the client linked to above, a third place to grab the client is here: https://github.com/vmware/rvc/downloads

Thanks should goto Joel Bastos for this workaround, originally posted here